Chickpea (Cicer arietinum) is one of the most important food legumes in terms of production and harvested area.

Almost 90% of global production comes from six countries: India, Australia, Myanmar, Turkey, Pakistan and Ethiopia.India is the global leader in both production and consumption of chickpea.

Chickpea is a cool-season legume, grown in either winter or spring.

Chickpea has one of the best nutritional profiles of all the grain legumes, with none of the anti-nutritional or toxic factors often present in other legumes. Chickpea seeds contain an average of 23% protein and the crop meets up to 80% of its nitrogen requirements from symbiotic nitrogen fixation.

Chickpea was domesticated in the Fertile Crescent. The earliest archeological evidence of chickpea use dates back to 10000 BP, and was found in northwest Syria. The crop spread from the Near East to Europe and west-central Asia around 5500 BC onwards. The Russian botanist and geneticist Nikolai Vavilov identified four centers of diversity for chickpea in the Mediterranean, Central Asia, the Near East and India, as well as a secondary center in Ethiopia.

Chickpea is diploid and predominantly self-pollinated, although cross-pollination by insects sometimes occurs. Thirty-four of the wild relatives are perennials and the other nine are annuals.

Based on seed size and shape, two main kinds of chickpea are recognized:

The secondary genepool, the next closest, consists of three annual species, C. judaicum and C. pinnatifidum.

The genebank at ICRISAT, Patancheru, India, holds more than 20,000 accessions from 60 countries, predominantly traditional cultivars and landraces. About 15,000 accessions are held by ICARDA, most of them breeding and research lines.

It is estimated that more than 80,000 accessions are conserved in more than 30 genebanks worldwide. Fewer than 2% are wild species.

There are about 55,000 chickpea accessions listed in Genesys. 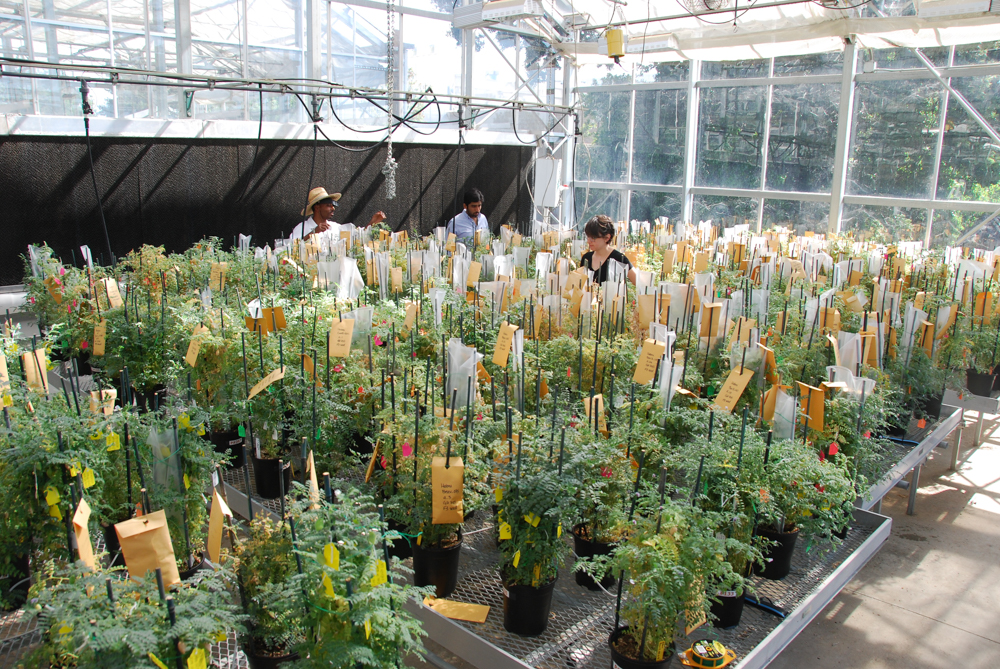 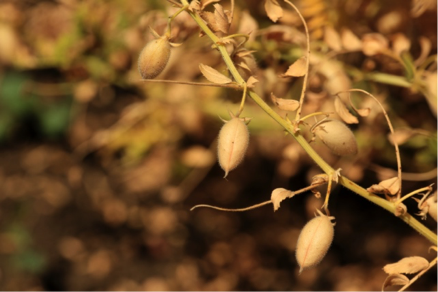