Faba bean (Vicia faba) is the third most important legume grain after soybean and pea. It is widely cultivated around the world for the dried and fresh beans, for animal fodder and as a green manure. It is used for human consumption in the Mediterranean region, the Middle East, China, Ethiopia and Latin America.

Although classified in the same genus as the vetches (Vicia), some botanists argue that the species should be included in a separate monotypic genus, Faba.

No wild progenitor of faba bean has been identified and the species does not produce fertile hybrids with any other Vicia species. The plant differs from most other vetches in that the leaves do not have tendrils for climbing. The pods are green, broad and leathery. When mature they are blackish-brown with a dense, downy surface.

Three distinct types, based on seed size, are commonly recognized:

Faba bean is considered one of the world’s oldest crops. Its cultivation probably originated in the Southern Levant around 10200 BP. From there, the crop spread to Central Europe, Russia, the Mediterranean coast, Abyssinia, China and India. The Spaniards introduced it to the New World in the 16th century. Later, during the 20th century, the crop reached Australia.

A series of consultations, surveys and workshops were carried out between 2005 and 2008 to prepare the global strategy for the ex situ conservation of faba bean. 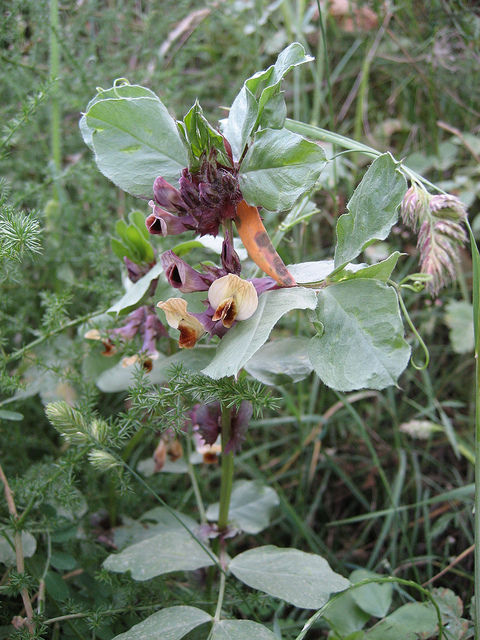