Lens culinaris
Lentil is a legume that has been grown in the Mediterranean region since ancient times.

Lentils (Lens culinaris) are the fourth most important pulse, with nearly 9 million tonnes produced every year globally. The crop is mainly grown in India, Canada, Turkey, Nepal and Australia. It is an important source of protein, fiber, iron, and vitamins A and B. Lentil straw is used as fodder for small ruminants in the Middle East and North Africa. Lentil is also used as a green manure, thanks to its ability to fix atmospheric nitrogen.

All species of lentil are self-pollinating annual diploids (2n=14). Two main groups of domesticated lentils are recognized on the basis of seed size: microsperma and macrosperma. The weight of 100 seeds ranges from 1.5 g for the smallest microsperma varieties to 8.0 g for large macrosperma types.

The lentil plant is a short (20–50 cm), bushy annual with weakly upright to semi-vining growth. It has a restricted root system and tends to lodge at maturity because of its weak stem. It has many soft, hairy branches with pinnately compound leaves and numerous oval leaflets.

The center of domestication and diversity is in the Fertile Crescent and West Asia, where it is still an important winter-sown crop. The lentil was domesticated in the Near East about 7000 BC. The expansion of lentils to the west took place around 6000 BC, arriving first in Greece and southern Bulgaria, then moving through Hungary, Czech Republic, and Switzerland to Germany. At the same time, the crop reached Ethiopia to the south. Eastwards, the crop reached Georgia between 5000-4000 BC, then India and Pakistan about 2000 BC. 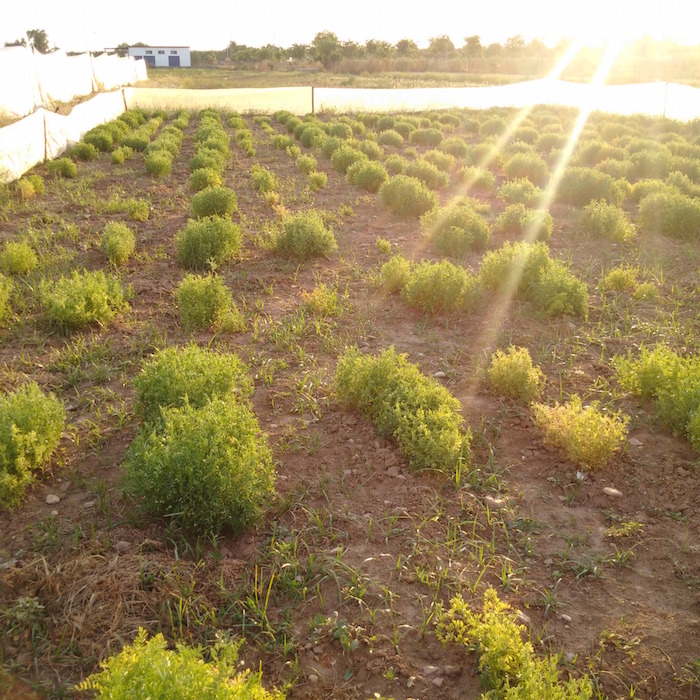