The sweetpotato (Ipomoea batatas) is one of the world’s principal root and tuber crops. It is mainly cultivated in the tropics, more specifically in the Caribbean, Sub-Saharan Africa, and East and Southeast Asia.

Due to its role in food security, researchers working with HarvestPlus have produced and released highly productive sweetpotato varieties able to provide daily vitamin A needs, while being resistant to virus diseases and tolerant to drought. They received the World Food Prize in 2016 for this work. Breeders are also exploiting the genetic diversity of sweetpotato wild relatives to obtain drought tolerant parental material.

Today, it is the world’s seventh most important food crop, with more than 133 million tonnes produced globally per year, mostly in developing countries.

Although its growth habit is mainly prostrate, it varies from erect and semi-erect to spreading, with a vine system that can expand rapidly along the ground.

A wide range of additional information about sweetpotato can be found at the Sweetpotato Knowledge Portal.

Sweetpotato was probably domesticated more than 5,000 years ago, in South America and/or Central America. The crop originated probably in two separate domestications: one in Central America, and the other in northwestern South America. How it spread to the Pacific islands is controversial, but the crop reached New Zealand around 1150-1250 AD. A second introduction took place during the 16th century, when the Spanish brought Mesoamerican types to the Philippines, and the Portuguese took Central American and Caribbean types to Indonesia. Papua New Guinea is now a secondary centre of diversity. Later, the Portuguese introduced the crop to Africa.

Its tuberous root is used for human consumption and its leaves and shoots for animal feed.

Genesys currently displays information for about 8,000 sweetpotato accessions. About 54% of the accessions are landraces, and 11% are wild relatives. The International Potato Center (CIP) holds the largest collection, followed by the USDA-ARS genebanks.

A global strategy has been developed to secure the future availability of sweet potato diversity. 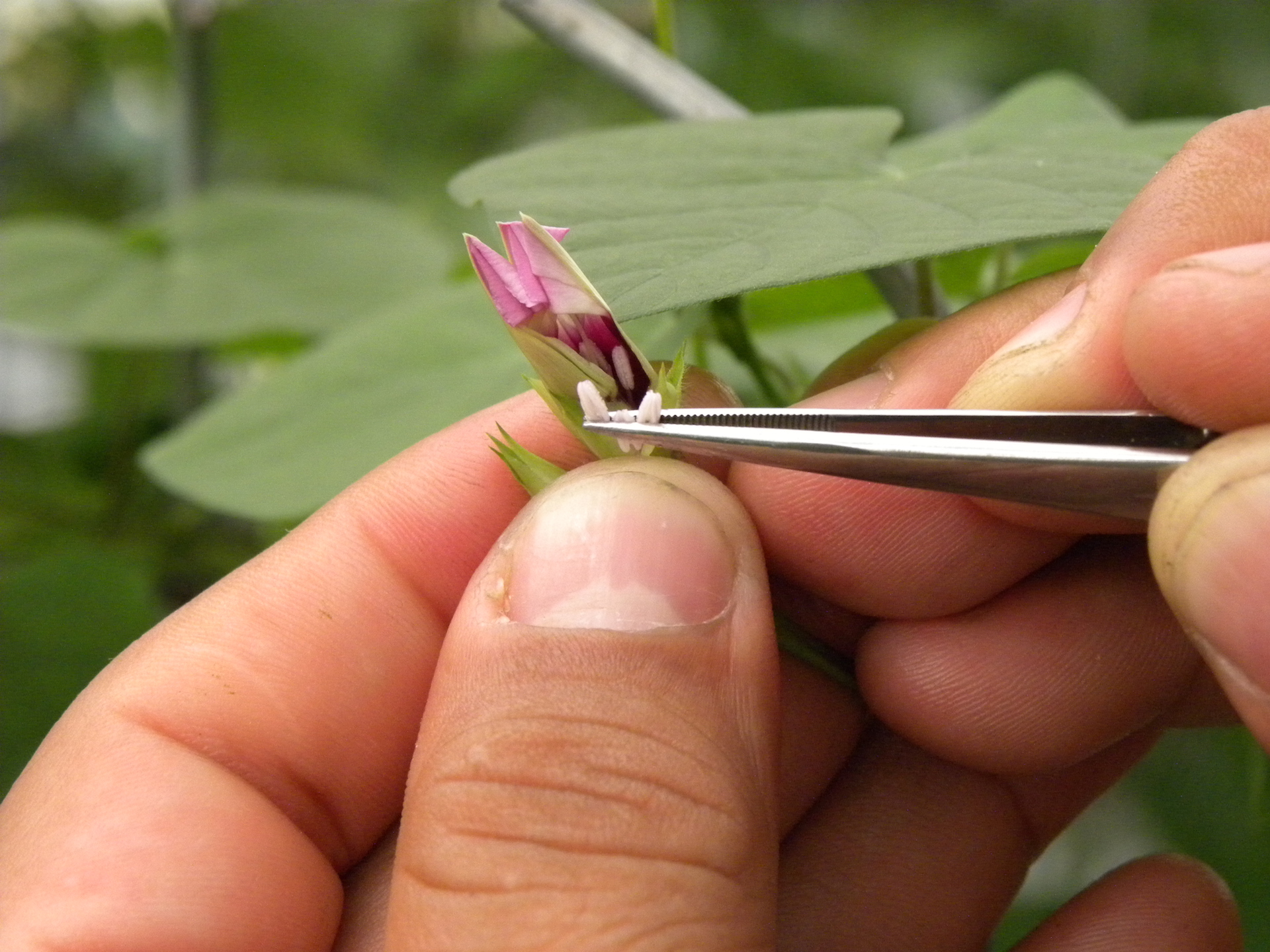