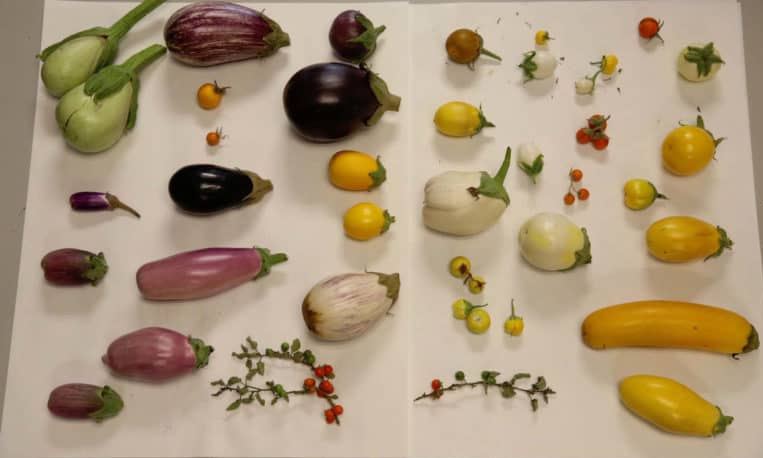 The Crop Trust joined with The Brazilian Agricultural Research Corporation (Embrapa) in June on a five-day hunt for wild relatives of potatoes in Brazil. Having found two wild potato relatives in western Santa Catarina and northern Rio Grande do Sul, Crop Trust is excited about the prospects of locating a drought, heat, and blight-tolerant gene. As the fifth most important crop worldwide, the potato’s improvements have the potential to improve food security globally. Crop Trust is moving forward, launching into the potato’s next phase of pre-breeding: the stage during which researchers isolate genetic traits and introduce them into the breeding process. 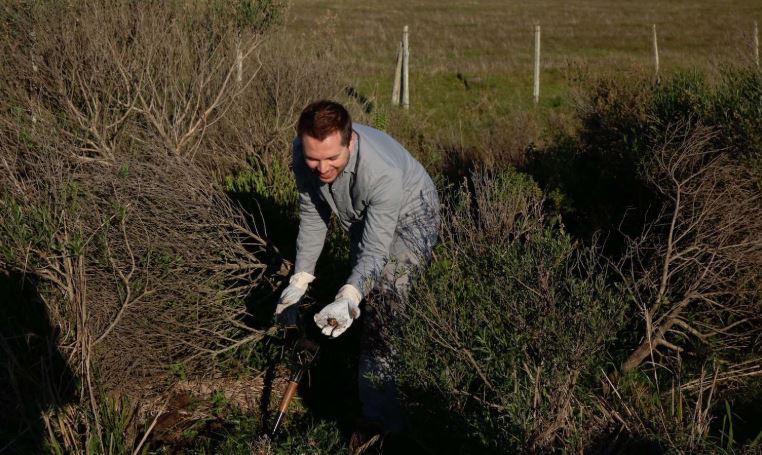 Representatives from Spain, Côte d’Ivoire, and Sri Lanka met at the World Vegetable Center in Taiwan in July to investigate the potential of eggplant. Initial work focused on broadening genetic diversity, focusing on climate change resilience. At the meeting, representatives officially moved to the second phase of pre-breeding: evaluating the materials bred for climate change, their resilience, and their impact for smallholder farmers.

Researchers working on pre-breeding encountered several challenges in improving eggplant’s resilience. While they overcame issues crossing wild relatives from three different gene pools with elite varieties, the path after breeding is not so easy. “Now, the challenge is to select from the pre-bred material the few that actually have improved tolerance to heat but also resistance to bacterial wilt, which is a big problem in major production areas in Asia,” says Luis Salazar, Crop Trust’s Communication Manager.

Eggplant’s second phase of pre-breeding will use new partners to get genetic diversity into the hands of plant breeders and farmers. “Our partners will mainly involve smallholder farmers testing the new pre-breeding material in their fields: farmers and researchers will work together,” Salazar told Food Tank. In Taiwan, Salazar and other representatives met with farmers such as  Zhang Wen-jun, a second-generation eggplant farmer. Wen-jun’s farming secrets, including his choice of eggplant crop and growing methods, helped him control diseases and boosted his yield to 500 kilograms of eggplant daily from his three 1-hectare fields.

Crop Trust visited China and Kazakhstan to meet research partners improving alfalfa in July. Alfalfa is a major crop for livestock, used for grazing and hay in more than 80 countries. Smallholder farmers play a huge role in improving and testing alfalfa, which has already reached the evaluation stage of pre-breeding.

Farmers in Hohhot, China, run trials growing resilient alfalfa that survives winters with temperatures as cold as -30 degrees Celsius (-22 degrees Fahrenheit). In Kazakhstan, farmers in five different locations will evaluate alfalfa’s tolerance against cold and drought. “Our focus is to improve the lives of smallholder farmers,” Salazar says, so involving farmers in evaluations is crucial.—

Researchers in Kazakhstan and China work directly with farmers to test resilient alfalfa. “Our focus is to improve the lives of smallholder farmers,” says Luis Salazar.

Researchers in Kazakhstan and China work directly with farmers to test resilient alfalfa. “Our focus is to improve the lives of smallholder farmers,” says Luis Salazar.

Crop Trust hopes to reach this goal quickly. “Researchers have been breaking ground, developing new methods and protocols to bring back diversity into the pampered, domesticated crops,” says Salazar. The project, which started in 2011 and is estimated to end in 2021, has collected 3,200 crop wild relatives toward improving 29 focal crops. Of their wild relatives, 85 percent now have duplicates in the Millennium Seed Bank at Kew—Crop Trust’s main partner—preparing for emergency or long-term agricultural crises.

According to Crop Trust, pre-breeding is a long, costly, and laborious process that many plant breeders avoid. But the global effort to adapt agriculture to climate change requires feedback and participation from many actors. “We at the Crop Trust bring institutions and people together,” says Salazar, but the results are worth the costs because “seeds and their accompanying data will be made available to all.”

The Crop Trust is managing this crop wild relative project in partnership with the Millennium Seed Bank of the Royal Botanic Gardens at Kew, United Kingdom. The 10-year project is funded by the Norwegian Government and focuses on the wild relatives in the gene pools of 29 focal crops of importance to global food security, all included in Annex 1 of the Plant Treaty.