Partners and their news 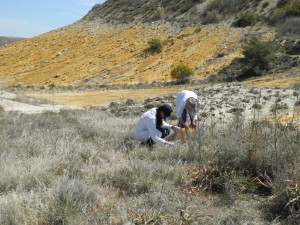 The project is currently working with five country partners  Cyprus, Georgia, Italy, Portugal and Vietnam  as well as negotiating with even more potential international partners.

Seed collecting is off to a good start this year at the Agricultural Research Institute of Cyprus, and judging by the photos it certainly looks like they have a busy time ahead collecting crop wild relatives amongst the beauty of their country. 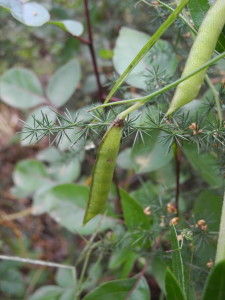 Lathyrus is within the legume family Fabacea and is a genus of flowering plant species referred to as sweet peas and vetchlings, which are found native to temperate areas. Many species are grown and cultivated as garden plants due to the very pretty and delicate flowers they produce in a huge array of single colours and bicoloured patterns. In fact, there is nothing better than a vase full of sweet peas whose delicacy, fragrance and prettiness can lighten up the darkest of days. More importantly, however, some species such as the Indian pea are grown for food. The peas and pods of these are consumed, although other species seeds are poisonous and care should be taken to avoid them. Lathyrus annus (pictured left) also goes by its common name of annual vetchling, and is native to countries in Northern Africa, South-Central Asia, Southern Europe, Western Asia and Western Europe. 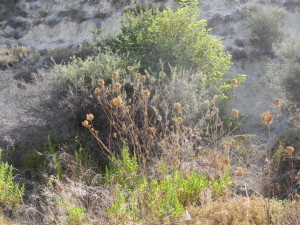 Daucus carota subsp. maxima (pictured below), as its name suggests, is a wild relative of carrot and is from the family Apiaceae. It is also referred to as Queen Annes lace, and as you would imagine with lace, it is extremely beautiful and delicate. It also produces an edible root that should be eaten young  any later and it will become woody. The root itself is quite different from that of the cultivated variety, and its appearance is white and narrow with an acrid taste. The seeds contain an essential oil, and when ripe the umbels curve up to protect them in a delicate global structure. The essential oils can be used for fragrances and for treatment of dry skin. In total, carrot has 17 primary (wild or weedy forms) as well as 7 secondary (more distant) related species.

The importance of collecting these crop wild relatives is to identify genes and traits they have which can be used for adapting agriculture to climate change. The wild collections may contain genes that will make crops tougher, more resistant to pests and diseases and able to adapt to a future of ever-changing climate.